The Empire is coming.
Pilot X-Wing to fight with Star Destroyer and Tie fighter.
There are three weapons can be choice during the fight. Laser, heat seeking missile and ship killer bomb.
Destroy all the enemies.
Don't lost in the deep space.

Level 58:
Please run as faster as you can.
The following video shows how to pass the mission. 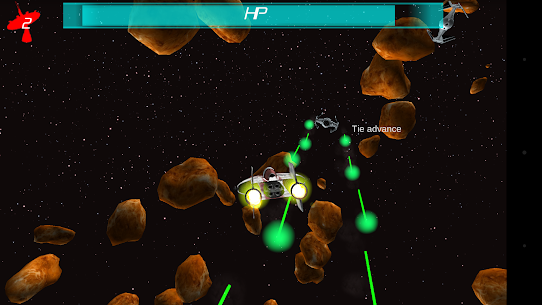