You can experience the exciting and immersive battle world of tanks with real players from all over the world.

Tank Warfare: PVP Battle Game is all about strategically destroying your enemy’s tanks as many as possible, defend your country and legion with glory.

1. Collect exquisite 3D battle tanks
Collect and unlock new tanks to improve tank attributes. If you choose a light tank, speed will be your advantage. If you choose a heavy tank, high attack power will allow you to kill the enemy in one blow!

4. Start a fierce war and guard the glory of the legion;
Defend your legion honor, win the war, defend your legion ranking. You can also fight against players and legions from all over the world!

With strategic tactics, you can also overcome powerful enemy troops!
Can you become a super commander hero by surviving this severe battlefield? 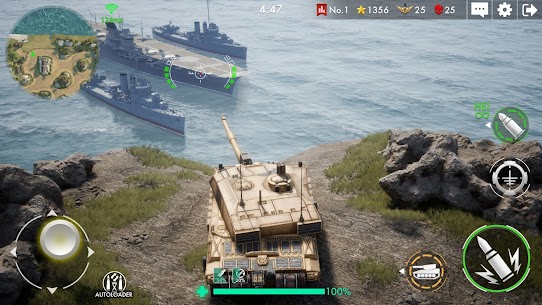