Empire: Rising Civilization is a real-time strategy simulation game based on the Middle Ages.
Here you will build your own kingdom, use unique strategies and tactics and lead fearless knights to conquer the territory! Come on and gather your partners to build a Glorious Empire!

● Build Your Military Matrix in a Free Sandbox
Real world map with the original Medieval style. Diverse terrains such as deserts, lakes, forests will change the situation of war. Expand your territory to station more forces.

● Diverse routes in Technology Tree
The most interesting and characteristic system in the game is no other than the Technology Tree. Different technologies in Domestic Affairs and Military can help you achieve your goals quickly. Different routes of technology will create different genres, leading to changing the situation of war.

● Members of the same Bloc Help Each Other
It is impossible to conquer the Whole World on your own. Joining the Bloc to fight with your allies. Scout, attack and defense are seamlessly connected. Once your capital is attacked, you allies will be informed and you can fight together against the enemies.

– Your Legend is yet to be written, Free download today to enjoy the pure war!!! 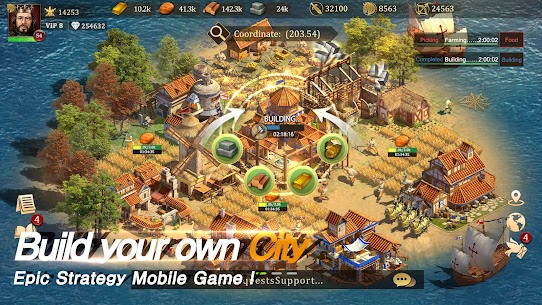