Centuries after a meteor impact nearly wipes out mankind, two factions evolve – one biological, the other mechanical. Now, both are locked in a desperate war for survival. Choose your hero, summon an unstoppable army, unleash devastating powers, and wipe out the enemy in this unique real-time strategy game.

REAL TIME STRATEGY (RTS) OR THIRD-PERSON-SHOOTER (TPS)
Play with one hand while commanding above the battlefield, or join the battle in an action-packed third-person shooter – the choice is yours!

MASSIVE CAMPAIGN
Wage war across a post-apocalyptic world as you attack and defend in a massive single-player campaign.

POWERFUL SPELLS & HEROES
Choose from six unique heroes, each with dozens of powerful spells to bring into battle. Crush your enemies with the Berserker, disintegrate them with the Nova, overwhelm them with the armies of the Necromancer, and more!

CRAFT POWERFUL ITEMS
Collect items and use them to craft rare and powerful artifacts that supercharge your heroes, spells, and troops!

FANTASY MEETS SCI-FI
Summon fantasy creatures, or build sci-fi war machines. Cast spells, or unleash firepower. Use magic or technology to win the war – the choice is yours in this unique merging of genres! 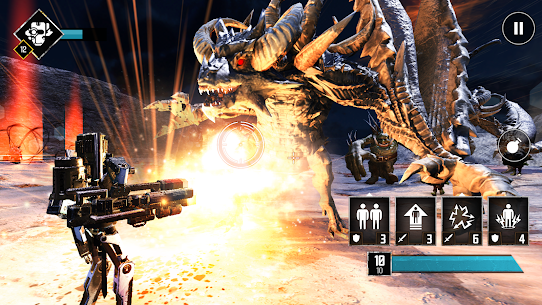