Are you ready to become the most legendary boss?
You must find and recruit talented individuals from all corners of the underworld society, ranging from thieves and mercenaries to athletes and businessmen, to strengthen your crew. Fight, dominate and become the criminal mastermind who can take over the whole underworld!

Real Gangster Crime, Mafia City is a role-playing game to become the leader of the city, while playing along with gangsters and mafia cartels, in a free open game world with gang wars.

Explore this open city with different missions, box the mafia cartel, fight for the final prize and play in different adventure crime clans vs. the gang world of the city.
This is an adventure saga of mafia and waging gang wars. Extra missions are added with each update and season, plus limited-time events to play.
Street fights and mafia deals are part of this gangster world-of-crime game, with six-gun action missions. Fight-night boxing, street fights anytime and anywhere, and different kinds of city driving with multiple vehicles and roaming around this open world.

And a lot more. Do not wait to try our crime simulator!
Theft and drive auto like an absolute mad man, control mafia, earn money and rule the grand gangster city.
It's time for a crime simulator! 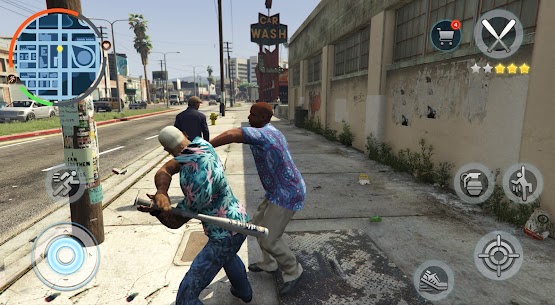