More Aspects of Flying Car Games:
Fight with mech warriors and drive your flying Prado helicopter car to transform in robot transforming game. It will be a totally an amazing experiment of your life to control flying Prado helicopter car. So have fun in flying car robot. Play the flying robot car game and enjoy the very unique experience of robot transformation. Let’s get into the chopper race and dodge the enemies in no time with high speed in your car robot game. 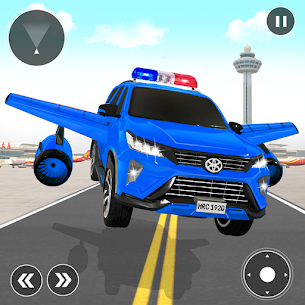