Bug Battle Simulator 3D is a strategic war simulator game featuring a variety of insects.
There are many different kinds of insect species such as ants, stag beetles, scorpions, ladybugs, and wasps.
Your exotic insect army can defeat the revolt enemy to save the insect kingdom and bring peace to the forest.
Try placing strong insects in the front row and archer-type units in the back row.
It will certainly help to win.
The number and size of bugs in a game are related to the relationship between winning and losing the entire game.

1. Insects have different abilities and some have special skills, so players should choose carefully.

3. Unpredictable tactical deployment makes it easy to defeat enemies, possess different kinds of insects, and strategically adjust their positions according to their attributes and abilities.

4. Players can experience 100 vs 100 epic insect wars.
Place air insects and ground insects. Sometimes deploying a giant boss insect will be a great help to victory.

1. There will be realistic battle scenes and insect adventures in the micro world.

2. You can experience infinite passion.

3. Survive quickly in the jungle.
You can watch interesting and exciting battle scenes.

1. Select a unit card and touch the grid to place it. You can drag and drop continuously.

2. Touch or drag again to clear.

1. New insects have been added.

2. Balance has been adjusted. 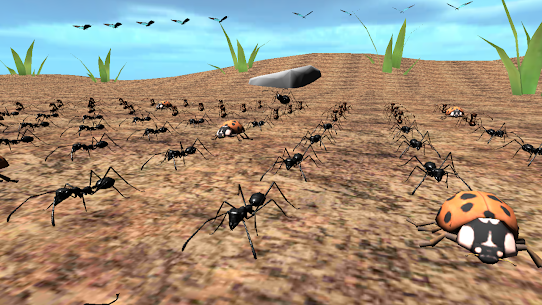