Army of Goddess Defense – Against Darkness
In this fantasy world, our friends are controlled by the Dark Lord and coming to attack us, it's up to you now to lead the Army of Goddess to defeat the enemy and save them.

[Gameplay]
The player controls the character by going from left to right, and if an enemy appears in attack range, the player automatically shoots a constant swinging sword attack.

Before preparing for each wave of combat, players can pick two of a variety of skills that are used to enhance the fight.

Players earn gold coins by completing a wave of quests, and gold coins will also fall from enemies that are slain, but they must be obtained by walking over, which is risky for the player because of the damage this can cause to himself.

Destroy all invading enemies in the allotted time and the game will be won.
If the player is killed or the wall of magic is destroyed by an enemy, the game ends in failure.

Players can use the gold coins gained from combat to upgrade ranks and skills, upgrade soldiers and defensive buildings, and enhance the ability to defend against the next wave of the Dark Legion's attacks.

Please rate us if you enjoy our game so we can make the game even better! thank you!

Optimize the performance of the game 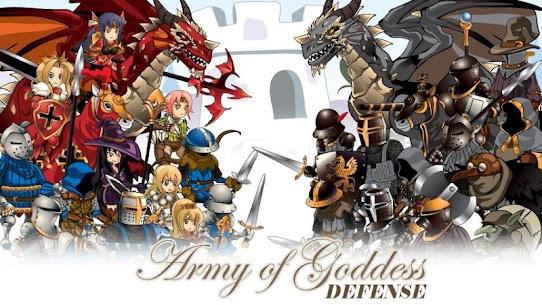