The secret behind the base is slowly revealed… Who else is the last winner of the bloody battlefield?

Could the phenomenal change behind peace swallow everything? then… Where is the sharp blade that cuts the darkness?

[World View]
By 2030, several junior high school students test their courage, causing a series of events called the 1st Northland incident in history books. At this time, the decay solution, the core substance of this technology, leaks into the world.

After that, as everyone knows, due to the effects of collapse technology, the world will eventually end up in ruin. An unprecedented disaster, in which a city evaporates in the blink of an eye, and even its surrounding area, due to radiation infections, causes the population to drop sharply. Eventually, in 2045, when the fissure of contradictions reaches its peak, World War 3 will emerge from humanity's most primitive desire for clean land and food.

The world after the war was transformed into a horror that couldn't be seen. The civilized order was pushed to the edge of the cliff to survive, and governments could no longer guarantee people's safety. However, the war brought about the advancement of technology, which caused tactical dolls to appear in front of people's eyes.

-Strategic deployment, various attack routes
Various bases on the tactical map can be freely occupied through discharge control. Bring the advantage of battle through superior action strategies and win over more enemies.

-Feeling of control through direct participation in battle
* Stop the enemy at the front, and damage the enemy at the rear. Change the position of the formation through manual control during battle and turn the tide through strategic control!

-Additional room space and accommodation expansion
The unique and unique "memory list" of tactical girls, a "cafe" with cartoons and large-scale event PVs, a place where many girls gather to relax, this is a place where the secrets and memories of Griffon are stored!

-SD read/write (EXTERNAL_STORAGE)
Device, photo, media, and file access (required access rights)
This permission is required to install the game on external memory.
If you allow permission, you can install games on external memory in case of insufficient capacity.
You don't have to worry as we don't have access to your photos and files.

-Camera permission (EXTERNAL_STORAGE•CAMERA)
Please allow the application's permission to use the camera and the external storage space of the device in order to use the photo-taking function. 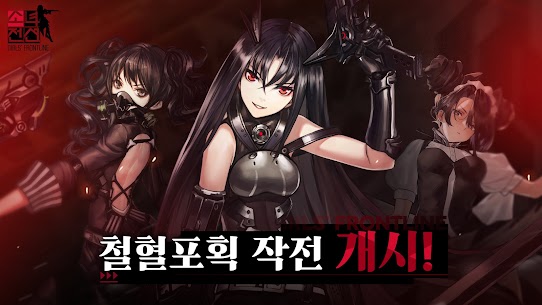