You can freely build a squad with unique characters from the anime and battle it out to the battlefield with tons of tough enemies! Command your troops with intuitive finger-tapping controls, use epic special moves and skills to win!

"Territory Battle", divided into 7 countries from the anime and claiming their territories!
"Clash wars" where you take down one after another enemy squad and compete for high scores!
Command a maximum of 5 units while killing enemy units in a "Strategic War"!

【Game environment and other inquiries】
https://bnfaq.channel.or.jp/contact/faq_list/1806

※ Please make sure to use the app on the environment as specified above. However, even if you use the game on an active environment, the app may not function properly depending on the usage status and model-specific factors.

This application is distributed with official permission from the rights holder. 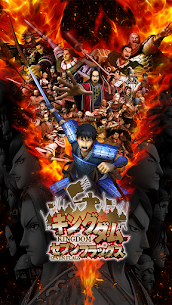